The store will not work correctly in the case when cookies are disabled.

Luna Park has a long, rich history which, much like a roller-coaster,
has had its ups, downs, rises and falls

Checkout the interactive timeline from our 85th Celebration here 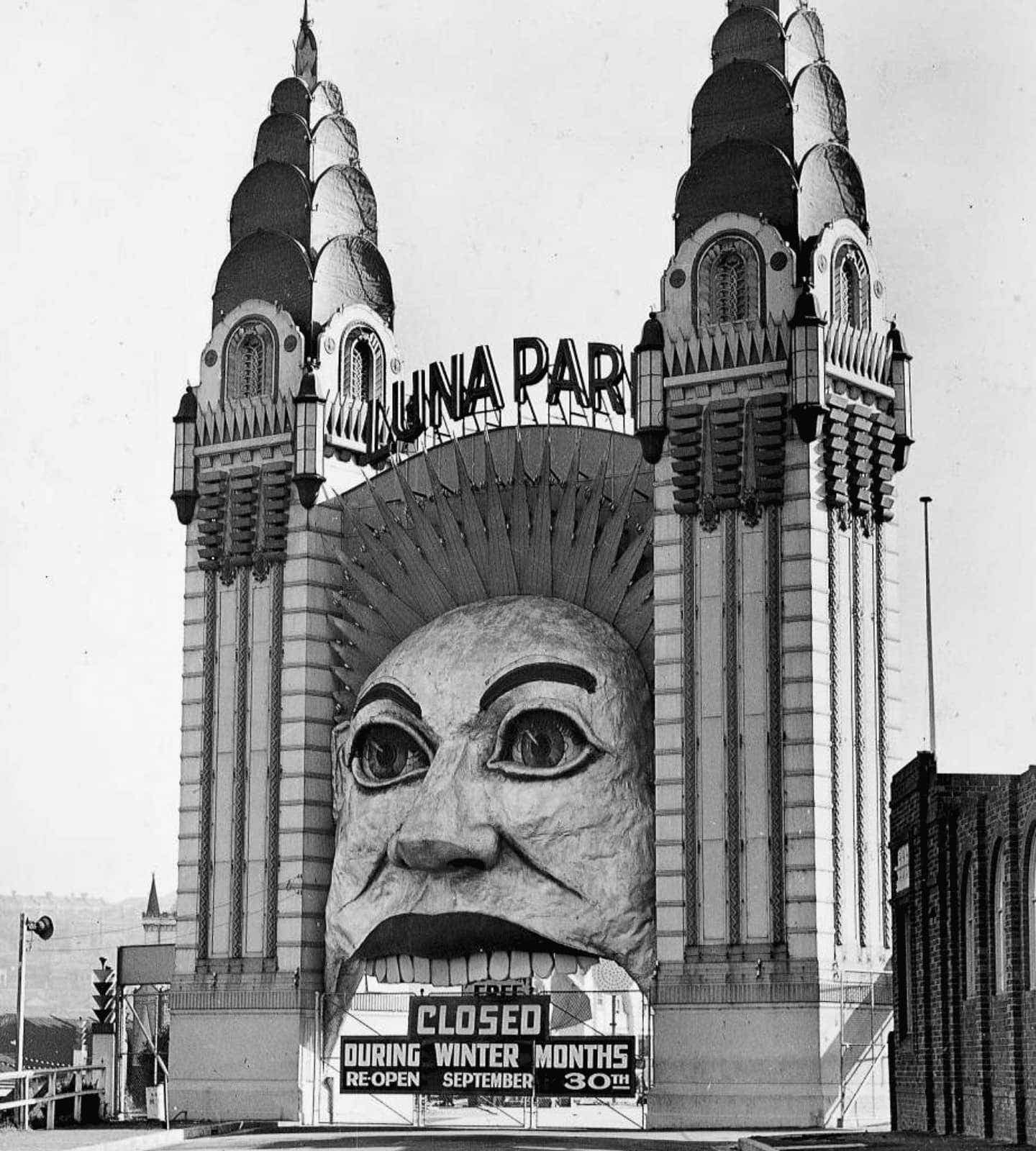 Sydney's Luna Park is a rare surviving amusement park featuring fantasy architecture in the Art Deco style of the 1930s.

The concept is based on the success of the first Luna Park which opened on Coney Island, New York in 1903. American entrepreneur Herman Phillips and others brought the idea to Australia and opened Luna Park in Melbourne in 1912 and Luna Park Glenelg, Adelaide in 1930.

The Sydney park opens to immediate success using rides relocated from Glenelg and continues to be popular during World War II. It is run smoothly under the management of showman David Atkins until 1957 and engineer Ted Hopkins until 1969. Following overseas excursions in the 1950s and 1960s, a series of new rides and attractions are installed.

The remaining 6 years of the lease and equipment of Luna Park are sold to the World Trade Centre who unsuccessfully apply to redevelop the site as a multi-story Trade Centre. The principal shareholder is removed and the fun park continues to operate. 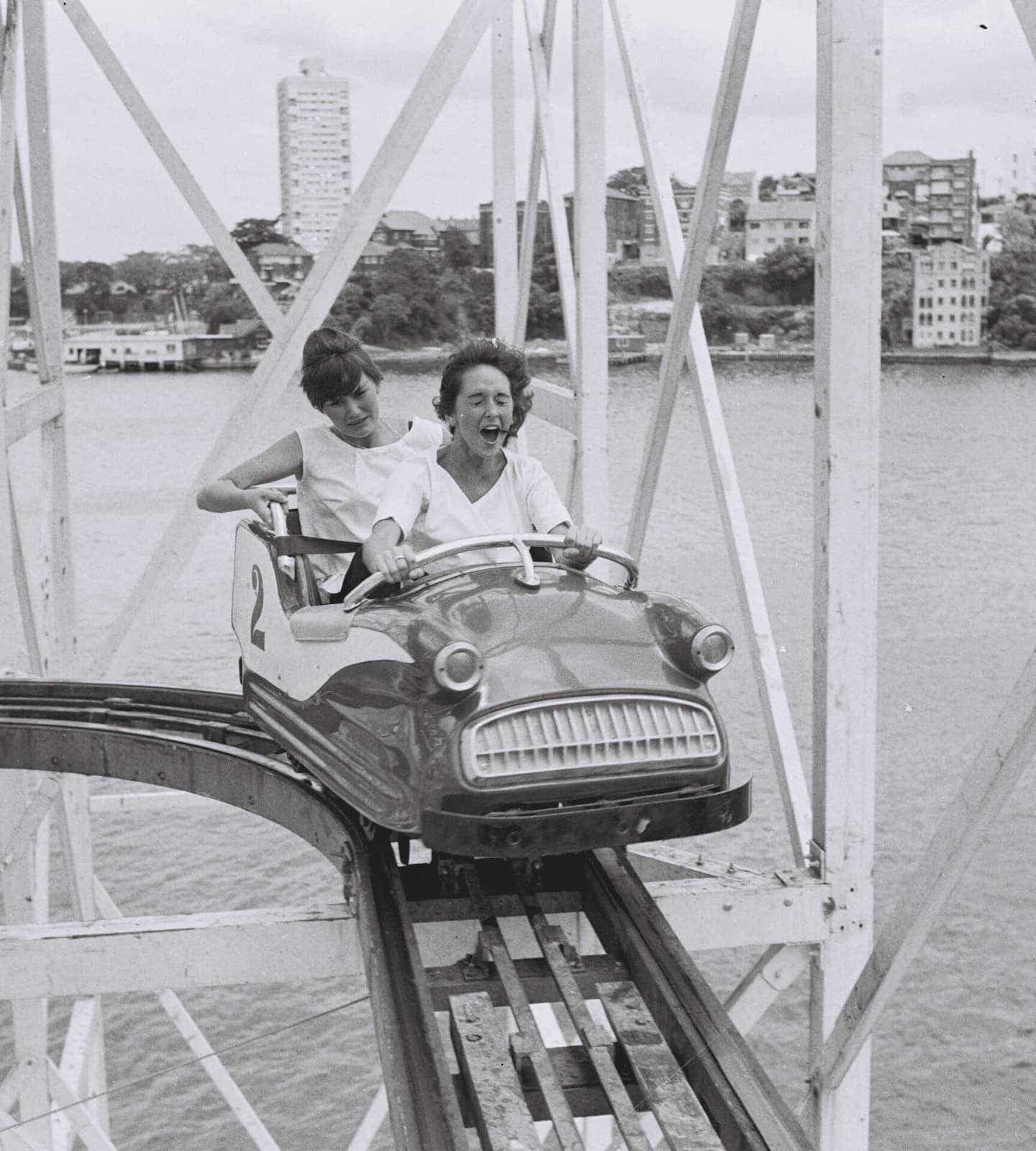 A group of artists…

including Martin Sharp and Peter Kingston are commissioned to redecorate the park. The lease expires in 1975 with the park continuing on a weekly basis as the managers are unable to negotiate a long-term lease.

This results in limited investment in park infrastructure and some older rides are replaced with portable rides.

Following a fatal fire in the Ghost Train on 9 June 1979 the park is closed. 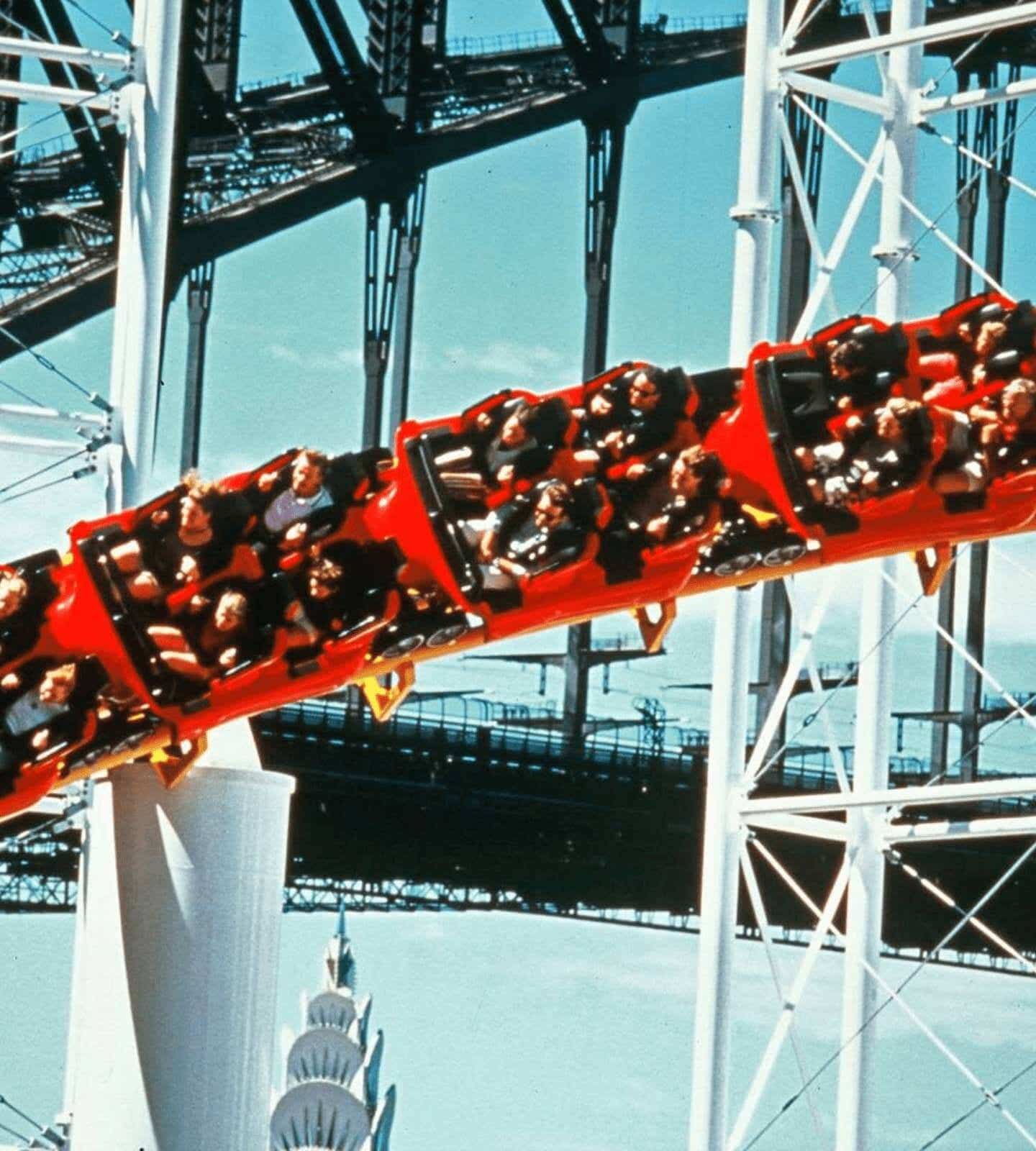 The Friends
of Luna Park…

Headed by artists who had worked at Luna Park in the 1970’s stage public rallies and meetings to save the park.

A new leaseholder is appointed and the park re-opens in May 1982 with a mix of new and reconditioned rides. The park however closes again in 1988 for renovation after an unsuccessful attempt to redevelop the site as an adult entertainment centre with high rise towers is made public. 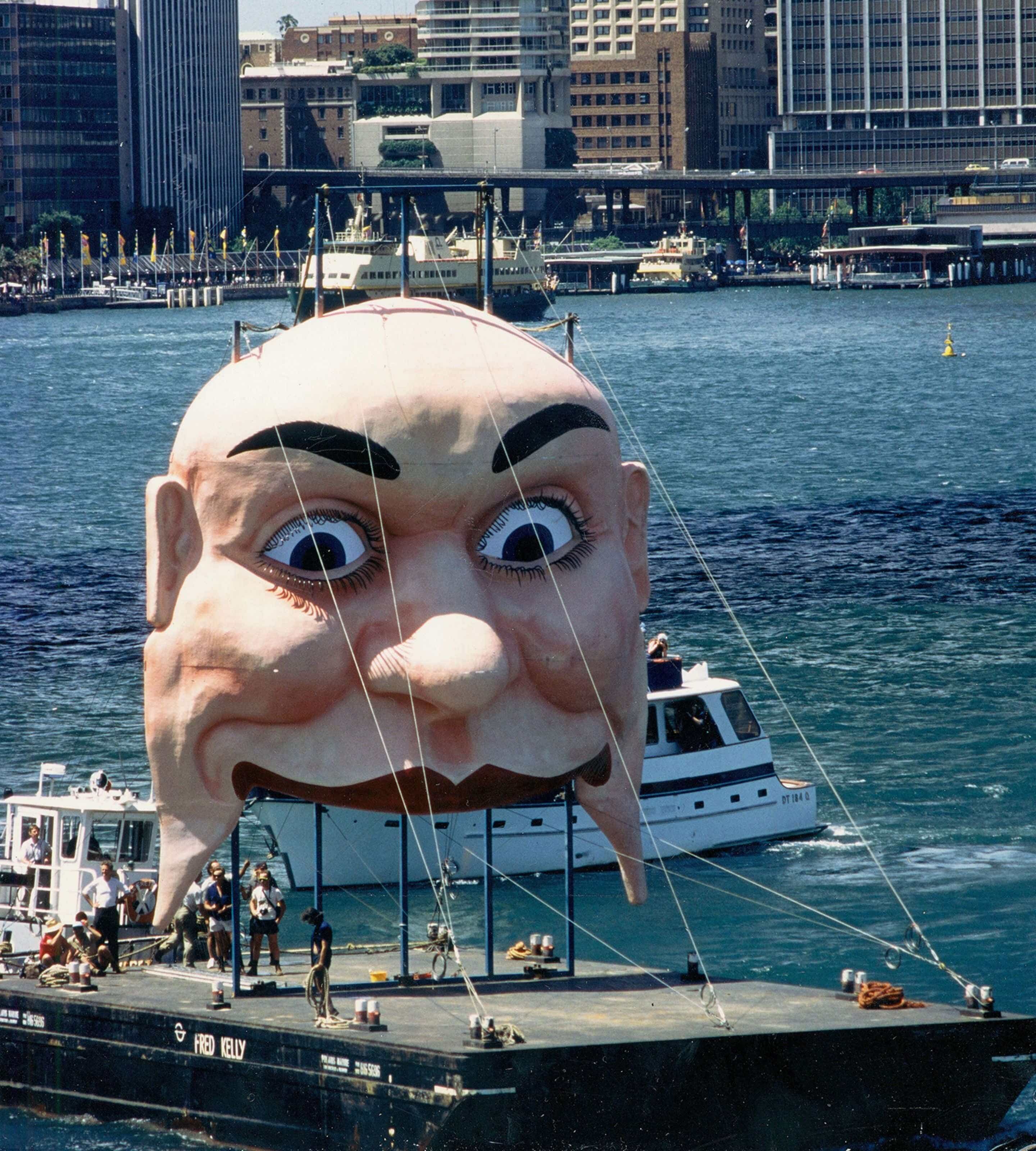 After the leaseholder fails to meet a deadline to re-open the amusement park, the lease is terminated and the government takes control through The Luna Park Reserve Trust and a heritage study is commissioned.

Luna Park begins a major restoration of the Park and surrounds, including the instalment a new rollercoaster and rides. Following this, residents initiate a legal battle against Luna Park as a result of the noise created from the Big Dipper. After financial difficulties Luna Park closes its doors in 1996, where the lease is awarded to a group including the owners of the Metro Theatre in Sydney and The Edgley Group. 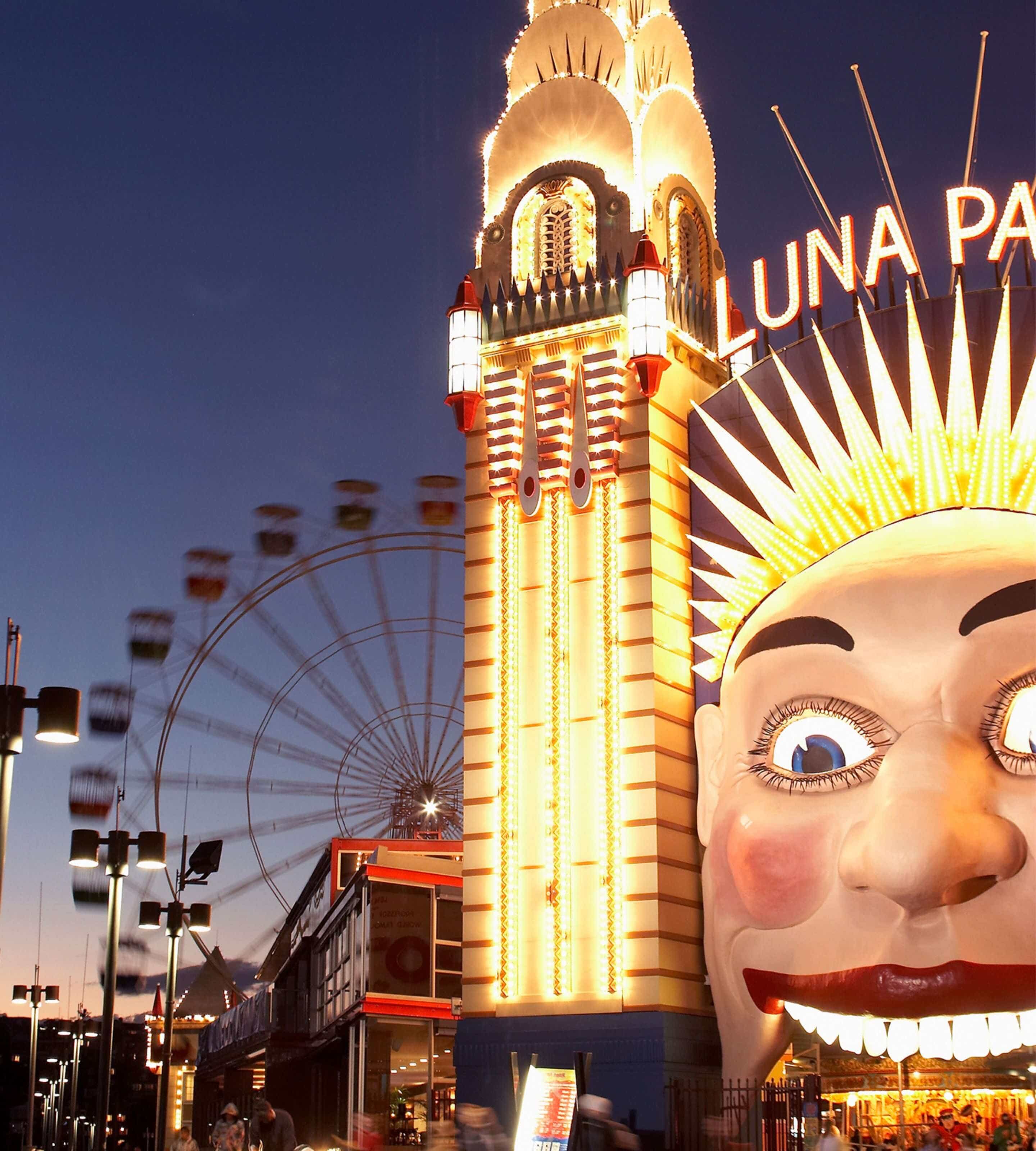 Due to noise complaints, the iconic Big Dipper is sold and moved to Dreamworld, Queensland. In 2002, Luna Park Sydney Pty Ltd was formed and assumed a 40-year lease and new construction and total refurbishment of buildings and rides begin.

The new redevelopment is based on keeping the site’s unique identity and heritage features while providing a new 2,000 seat Big Top auditorium, onsite carpark, restaurant and refurbished function facilities. 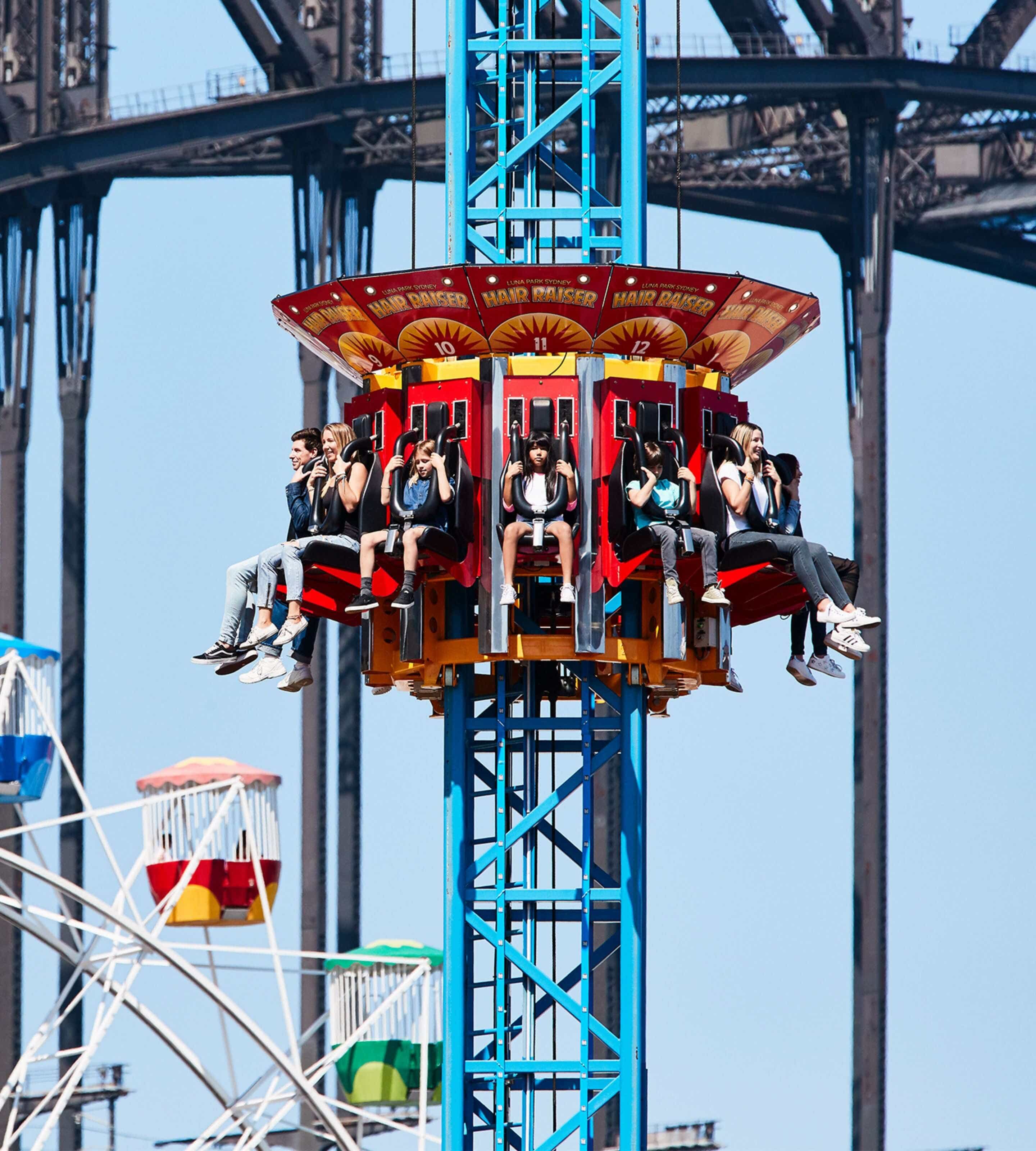 Luna Park is listed on the NSW State Heritage Register, and the magic of Luna Park continues – it’s prominent position and unique architecture gives it a special place in the hearts of Australians and visitors alike.

In 2018, Luna Park’s long-term viability is in doubt as the process for approving new rides or modifying existing ones is lengthy and expensive. However, policy amendments triggered by a NSW Land and Environment Court ruling allow Luna Park to introduce new, low impact rides and amusements through a simpler planning pathway. Luna Park adds five new rides including guest favourites Volare and Hair Raiser. 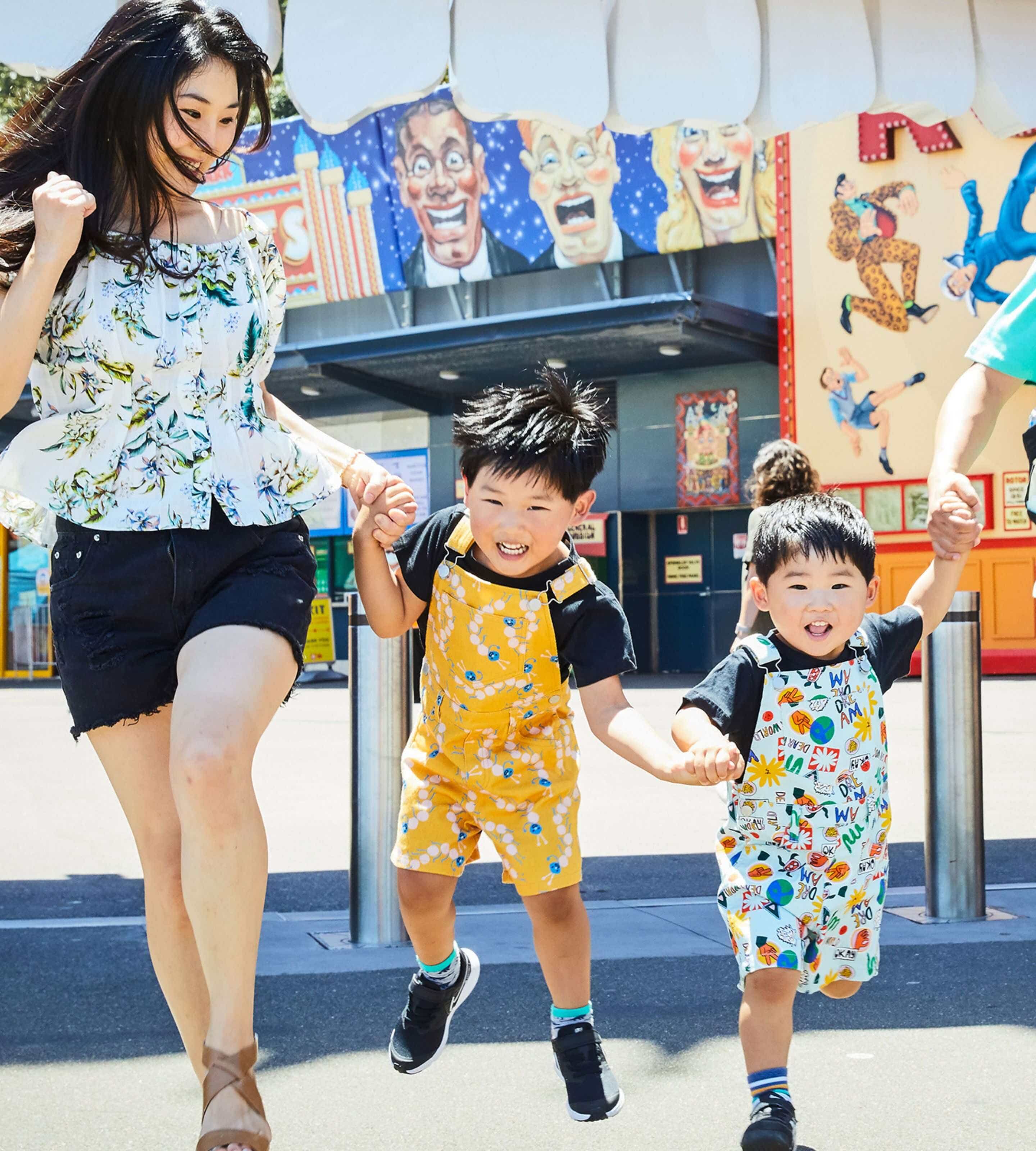 In January 2021, the Park closed temporarily to install 9 new rides, making it one of the biggest Amusement Park upgrades in the world. With a New Big Dipper, thrill rides, as well as family rides to be enjoyed by all, Luna Park 2.0 will provide next level fun to Sydneysiders and mark its transformation into a world class amusement park.

We are here to assist with any enquiries. Please get in touch with our team via email